HPSD offers students up to four make-ups per class each 16-week, two make-ups per 8-week session, or one make-up per 4-week session for absences that were excused in advance. Please familiarize yourself with the details of our absences and make-ups policy below. If you have any questions regarding the protocol for having an absence excused or scheduling a make-up, please contact the office!

For dancers in our Special Programs - company dancers, scholarship students, and teacher assistants - it is essential that any absences from class be excused in advance and then made up at some point that same session in order to remain in good standing within your program. 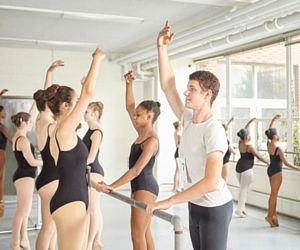 All absence and make-up information should be recorded in the student's Special Programs folder for monitoring and review during the class year.

If your dancer falls ill or some other unforeseeable conflict should arise, and you wish to request an excused absence from a rehearsal, costume fitting, performance, or other performance workshop requirement to which your dancer has committed, such requests must be communicated in writing to the Artistic Team. Please fill out the absence and make-up request form or email artisticteam@hydeparkdance.org.

Your patience is appreciated.
It is only natural to want to know as quickly as possible whether any potential workshop-related absences will be excused, but please bear in mind that performance workshops are very demanding of the Artistic Team's time; responses may take several days. If you are unsure whether the Artistic Team has received your inquiry, you may follow up with the office administrators at admin@hydeparkdance.org.